To prevent system abuse and ensure API stability, we require partners to operate within certain rate limits. Once a rate limit has been exceeded, no more requests are handled until the limit expires.

The expected limit is 5 ARI requests per minute per property.

Channex we can handle up to 10mb per json call, so make sure you send all your data efficiently. A full sync would be 2 API calls, it should be very easy to keep each property to be under 5 api calls per minute for availability or rates.

There are several ways to avoid hitting the rate limits, the most used are queues and CRON jobs to batch updates.

Exponential backoff is an algorithm that increases the time for retrying requests based on the number of failed requests you receive due to a rate limit.

FOR PMS - Previous
API Reference
Next - FOR PMS
Registration and Authentication 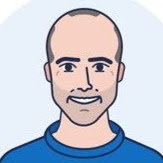